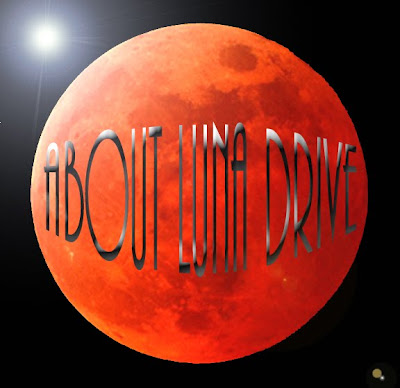 About 20 years ago, I wrote a novel and titled it Stratum (Seriously).

It was supposed to be a "literary novel," populated by complex characters, filled with angst, unhappiness, family secrets.

All were deeply flawed and terribly complicated.

Unfortunately, they were also humorless and somewhat unrealistic.

That didn't stop me from submitting excerpts of Stratum to Goddard College as part of my application for the Master of Fine Arts (MFA) program.

Armed with a hard copy and floppy disk (no World Wide Web back in those days) of my flawed novel, I arrived for my first day as a new MFA'er, ready to "fix" my manuscript.

"Um, no," said my advisor. "I suggest you start a new work from scratch."

Okay, I got the implicit message: the manuscript sucked.

No way, no how could this mess ever be considered a "literary" work, no matter how much surgery was done on it.

I was crushed; back in those days, I actually cared what the literary establishment thought (current attitude: "Pound sand"), so I soldiered on and wrote a new deeply flawed novel.

I filed Stratum away--both hard copy and floppy disk--where the book has languished ever since, and I pretty much forgot about it.

Then about three weeks ago, I was perusing Godaddy's domain name auction site, looking for nothing in particular, except for high-paying keyword domains for bargain-basement prices, when I saw it: LunaDrive.com.

I don't know why, but the term hit me right between the eyes. From a commercial standpoint, it's a crap name with zilch monetary value, but I wanted it anyway.

In the domain name biz, buying loads of crap names will send you to poorhouse fast, a fact that has taken me years to learn (still learning, but getting better), but I wanted this name--I just didn't know why.

I stalked the domain for days:

To bid or not to bid.
Surprise, surprise: in the last hour of the auction, no bids had been placed on it. While it's true that savvy domainers try to avoid eyeballs by waiting until the last minute to place bids, in my heart, I knew I was the only person in the world who wanted this name, but I still didn't know why.

I was about ready to let the name go into the BIN category, when, suddenly, I knew why this domain was important.

I placed my bid.

No surprise: having no competition, I won Lunadrive.com.

Luna Drive would be the new title of Stratum. Not only does the book have a shiny new title, but it will also be re-purposed, already started with Chapter 1 (maybe--I'm not ruling out switching chapters around) Bird Watcher of Luna Drive.

Twenty years ago, I had envisioned this novel as an "important" literary novel, when, in fact, it has pot boiler snark written all over it, full of Flannery O'Connor-esque characters, but not literary at all and a lot more fun.

More like Monk or Desperate Housewives, perhaps a combination of these wacky shows (I especially love Monk...).

Okay, okay, I admit it, I find Flannery O'Connor's work, albeit literary, quite delicious, but I'm too lazy to go back and plant all kinds of "symbols" into what will likely be a minor work of fiction.

No longer will I worry (or care) about so-called "literary merit"--I'm just going to have fun and write what I want to write and read, and potential readers can take, or not take, what they want from it.

Funny. When I taught Creative Writing, I always told my students to keep their audience in mind, and for kowtowing to the literary establishment, that may be true.

But I have come full circle: Now I would say,

Caveat: if you're writing for a class, you may have to care what your teacher/professor thinks (You know, those pesky grades), but, in the end, it's your work, and once you collect that grade, your ex-mentor can, well, pound sand. Go ahead, prove her wrong about your work! Become rich and famous with that 1,000 page dragon-slaying or vampire saga!

There will be no dragons or vampires in Luna Drive--although I won't rule out revising an existing character (Lizzie) who may think she's a vampire and another character (Irene) who capitalizes on Lizzie's blood lust.

Oh, yeah, that could work...anything involving the moon opens up a lot of vampiric possibilities.

For better or worse, I plan to post my revisions here. I'm not going to worry about publishability or worry what the literary establishment thinks--I'm just going to have fun!

No links, ads, spam, or any other undesirable content.

Comments are moderated by admin.